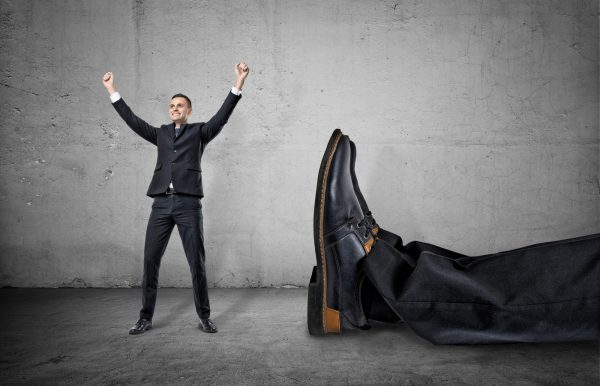 Is it always better to go with the large hosting company?

Comparing large and small hosting companies can be like comparing tangerines to oranges, they are both oranges but one is smaller and they both offer different flavours. If you looked at your choice this way, it’s what flavour do you want to pay for, the standard flavour offered by the large company or the exotic flavour offered by the smaller company?

What Is The Same.

First, lets look at the similarities between both companies, which will include both uptime and speed. The larger company having a large server(s) while the smaller company will have one smaller server.

“Statistic shows the number of server downtime hours per year within companies around the world, is based on a server’s age. A seven year old server has an annual average downtime of 6.7 hours, while a two year-old server has only 2.5 hours of downtime per year.” Most companies strive for 99.9 % uptime which is equal to 8 hours and 45 minutes of website downtime per year. If both or either company owned a 7 year old server, the uptime for both companies on average would be above the 99.9 % per year uptime, what customers expect.

Speed: “What is average server response time? 200-350ms is considered fast, 400-700ms is average, and all the rest can be called slow. The HRank chart shows that most hosting providers have speeds up to 1000+ms, but anything more than 800ms is slow. The HRank Chart showed only 5 of the top 12 large providers ranked below 800ms.

Most if not all servers strive for 4-6 Mbps download speeds. Speeds for downloading are influenced by the technologies used, server resources, the number of simultaneous visitors and the amount of data to be loaded”, with this said, the speed will depend completely on your own websites construction, the amount of data that is being downloaded along with the number of visitors using the server at that particular moment.

Smaller hosting companies can offer the same as the above but add on special offers that can include; website design, free hosting forever, free SSL Certificate, free email for life, etc. You may be thinking that your going to pay outrageous price for these features, I suggest you calculate the numbers, make sure you include learning to use WordPress, and then building a website from scratch. WordPress is not a hard program(s) to learn or use, but then taking the time to build a website is a different story.

Do the numbers which should include the number of hours you will need to complete this project.

Both companies do offer on going customer service, but the smaller company will offer you Personal Service. The difference will be a one on one with the designer, making sure you get what you really want. Also the smaller company can offer you other services such as; Social Media, SEO, Traffic, etc., or give you recommendation on other companies that you may require for your project. How much would that cost you?

As you can see, both large and small hosting companies do have some similarities but both do have major differences on what they can offer. For even the experienced web designer, if your offered free hosting forever, it may be worth while to take a look at the quick numbers to decide on the best priced option.

Check out our tangerine of a company, using a USA based server, 99.9+ up-time with packages including web design at a very reasonable one-time price, or ask us about moving your WP website to our server.